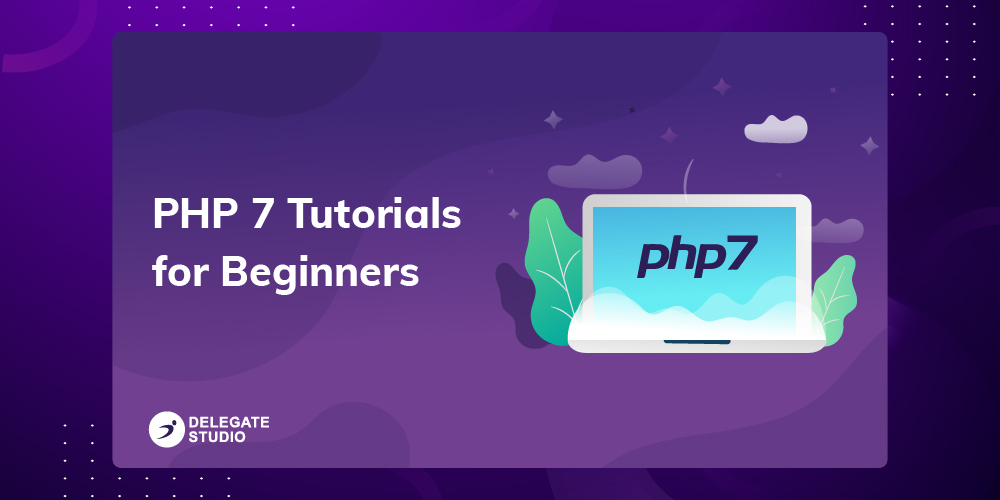 Most people have a feeling of knowing something or reaching something that is not everyone else. They have a thirst for knowledge. And here’s what you need to know about PHP 7 Tutorials – Features, Compatibility, and Performance.

Are you the owner of a website or a web developer? Does your site run on a custom PHP development framework such as Drupal, WordPress, Joomla or Magento? Then this article is for you. Here, we will discuss everything about the latest version of one of the most popular programming languages in the world: PHP 7.

What Is PHP and Why Learn? – A Beginner’s Guide to PHP

PHP code can be inserted in HTML code, or it can be used in conjunction with different web template systems, web content management systems, and web frameworks.

It is usually used as a server-side language (as opposed to a JavaScript-like language, which is usually executed on client-side). So what does that mean? In programming words, client-side refers to website activity that occurs locally on a user’s computer through a user’s web browser. Client-side languages, such as HTML, CSS, and JavaScript, imply that web browsers can parse and translate content on your computer screen.

A Brief History of PHP

PHP was released by Rasmus Lerdorf as a scripting language in 1994 to make a tool that is easy to update their personalized homepage. * Very few people knew that this side-project would grow to provide power to more than 82% of websites – including * giants like Facebook and WordPress.

PHP 7 was recently launched and it is the next stable version after PHP 5.6. The 6th edition of PHP was only a trial version that never reached the final release. It was not designed for production purpose and therefore PHP 7 was launched by PHP developers to avoid confusion.

Moreover, On 30 November 2017, PHP 7.2 was launched. And the launch of PHP 7.3.6 on May 30, 2019 – The most recent update for this key scripting language. The update table hosts new features and functionality, including bug fixes and another boost in display speed.

PHP 7 was the major awaited release of the PHP language. Developers were working on creating PHP 7 as a viable product for over a decade. Similarly, Cloudways engineers have worked hard to ensure that PHP 7 is implemented within the console when it is fully tested and is stable enough to be used.

Moreover, It is one of the super-fast programming languages to work with. Now, with the release of PHP 7, it is also one of the best and the most important programming languages. Developers have made the right changes and changes to ensure that this release helps in starting a new era for PHP. PHP 7 can be easily described as a developer’s paradise. Because it is twice as fast as PHP 5.6 and has many new features and improvements from previous versions.

PHP 7 now added the scalar type declaration for int, float, string and boolean. Adding the scalar type announcement and enabling strict requirements ensures that more accurate and well-documented PHP programs can be written. It also helps you to gain more control over your code and makes the code easier to read.

Return type declaration allows the creation of more robust applications and avoid passing and returning the wrong values from the tasks. Other benefits include Static Code Analyzer and IDE, which provide better information on the codebase when the DocBlocks are missing.

However, It is a vulnerable type of language. Some values will be inserted based on reference for parameters and return types. If we pass a value of type “3”, in which the int is a declared parameter, the interpreter will accept it as an integer and will not make any errors. If you do not want to do this, you can enable hard mode by adding an announcement instruction.

The all-new remarkable Zend Engine has been introduced. Another important thing to remember is that an advanced PHPNG engine (where NG stands for Next Generation in PHPNG) or Zend Engine 3.0 has changed the performance surprisingly. Obviously, this is the next level to improve memory usage. And you can easily serve more concurrent users without the help of any additional hardware

The most easily identifiable benefit of the new PHP engine is a significant performance improvement. The development team reorganized its internal structure without altering its external behavior (improved) Zend engine and optimizing memory usage in a remarkable way. Using PHP 7 will execute your code faster and you will only need a few servers to serve the same amount of users. This has the most powerful effect on the performance of PHP 7 as it consumes very little memory and it is double that of PHP 5.

CSPRNG stands for ‘cryptographically safe pseudo-random number generator’. In cryptography, we require random numbers in the case of salts, non-generators, the one-time pad, etc. in some signature schemes. Therefore, CSPRNG has been named after this phenomenon.

There are two new functions in PHP 7. Which are used in a cross-platform mode to generate cryptographically secure pseudo-random integers and stars? These works are as follows.

PHP 7 offers two contemporary operators which are as follows:

Spaceship Operator – The spaceship operator is represented in this way <=>. It is used to compare two expressions and -1, 0, 1 are compared. When a variable is less than, equal to or greater than the other variable.

Null Coalesce Operator -The Null coalescing operator represents this kind of ??. It is used to check whether the value is set or null. In other words, if the value exists and is not weak, then it returns the first operand. Otherwise, it returns the second operand.

Generators are cool, but sometimes difficult to explain. The irony is that their use is surprisingly simple. This is all about the “yield” keyword. Using “yield”, a generator is returned with the value that is yield. A generator implements a recurrence which makes it easy to use in or loop it.

PHP community provides full support for all PHP versions from 4 to 7, including the latest 7.3, syntax checks, intelligence, and code implementation, and debugging codes with PHP debugger.

PHP 7 allows programmers to run anonymous classes on the fly, something that C # and Java programmers are free to do for a long time. An anonymous class is a class without just a name, and the object that makes it instantaneous, its function is similar, which does the objects of the named classes.

It is simple to make anonymous classes: they use syntax similar to those enrolled classes. If the code is not required to document or will be used only once during execution. So, they are an excellent option to speed up both coding and execution.

Do you want to work with PHP 7 and is it backward compatible? This release has removed many deleted tasks. The Zend Engine has been redesigned, which not only helps in smooth execution but also handles exceptions. Many fatal errors in hypertext preprocessor version seven have changed into an exception.

However, by removing the heritage work, some breaks are formed in backward compatibility. And these breaks made it difficult for older applications to move to the latest version.

In this paragraph, I’m going on discussing why PHP 7 is better from PHP5.

In PHP 5, the programmer can not define the return type of a function or method. PHP 7 allows programmers to declare returns type jobs according to the expected return value. This is definitely going to make the code strong and accurate. There are 4 different return types available – Bull, Int, String, and Float.

As you may know, PHP 5 does not support 64-bit integer or large files, but the scenario has changed to PHP 7. PHP 7 has 64-bit support due to which you will be able to use the original 64-bit integer as large files and therefore, you can run the application on 64-bit system architecture uniquely.

The release of PHP 7 removed old and obsolete codes and paved the way for new features and performance upgrades in the future. Apart from this, PHP is expected to get additional performance optimization soon. Despite the breakdown of some compatibility with previous releases, most issues are easy to solve.

Libraries and frameworks are now moving their code into PHP 7 and thus making the latest version available. So, I encourage you to try it. Your app might already be compatible and waiting to use and benefit from PHP 7.

Alan Franklin is a professional Web Developer and a WordPress Blogger at Delegate Studio. He has a huge passion for WordPress and using his experience from over a decade.

Subscribe our newsletter to get latest offers and updates regularly.